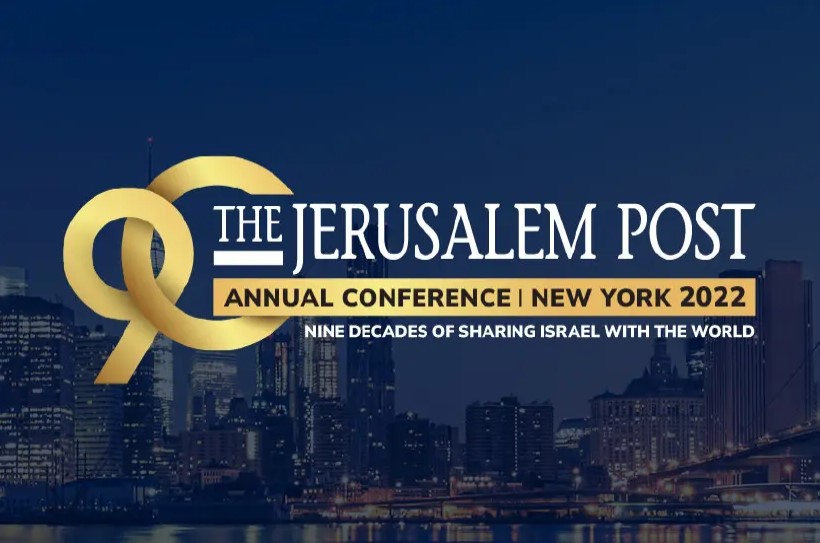 This is the text of the speech that Rabbi Menachem Bombach delivered at the Jerusalem Post Conference in New York on September 12, 2022:

“Since the New York Times wrote their articles in Yiddish, I thought that I could give a lecture here in Yiddish, but I assumed that some people would not understand. So, I will speak in English….

I grew up in the Mea Shearim neighborhood in Jerusalem, and I like to say that at the age of 20 I made Aliya! Let me clarify; until then, even though I lived in Israel, I only spoke Yiddish. I had no education in secular subjects, and so I could not participate in Israeli society. I felt restricted and disconnected, so I taught myself Hebrew,  Math, and English. I decided to join the modern world. But all the while, I remained true to my Charedi values.

Today, I head a school network – which is called Netzach – we operate 12 schools for Charedi children. They are boys and girls who hold fast to Charedi values but are interested in science and technology, nature and geography, history and civics. Our students want to engage with the modern world and with the State of Israel. They want to learn English and travel. They learn Gemara and Tanakh, and we take them to the places throughout Israel where their history took place.

One of our first high school graduates, Moishy Singer,  is, environmental activist. Although he always loved wildlife, the Charedi way of life in Israel does not encourage young men to follow their passions rather engage fully in Torah study. Moishy,  studied at the Midrasha HaChassidit — the flagship  school in our network — and then did his National Service at the Jerusalem Bird Observatory. Afterwards, he qualified as a tour guide, and today he works to raise awareness in the Charedi community about environmental issues.

There are thousands of Charedi children and teenagers who want to live their life like Moishy. Their parents are knocking at the doors of our schools, anxious for them to get accepted, because they recognize that the Charedi world is changing. Their children want to be part of the Start-Up Nation. They want access to well-paid jobs and to play an active role in Israeli society. But they don’t want to compromise their religious values. We show them that they can live in the modern world without compromising on their Charedi values.

The Netzach school network has developed a successful formula that parents want for their children. We teach high-level Jewish studies alongside secular subjects. Our boys and girls graduate with a full matriculation certificate, which equips them to attend university and to learn a profession. That is a game-changer. They will become the Charedi doctors, nurses, engineers and police officers that Israel needs.

The Charedi community in Israel is changing. It will take time, because we are a very conservative community and we are afraid of change; sometimes for good reasons. Our political leadership will take even longer to catch up with the grass-root changes that are taking place. We can’t push too hard – it needs to be a gradual process. Today we have 1,500 students in our school network and another 18,000 students learning online in our virtual school. We have support from the Israeli government and from local municipalities, and we have families desperate to join our schools. Our goal is to open 10 more schools over the next 3 years!

Seventy years ago, in 1952, Prime Minister David Ben Gurion sat with Rav Avrohom Yeshaya Karelitz – the Chazon Ish – to discuss granting an army exemption to  400 yeshiva students from a small community of 50 thousand Charedim. When they reached their arrangement, they could not have anticipated how fast the Charedi community would grow. Today, Charedim are a 1.2 million people of Israel’s population. If we do not educate and integrate Charedi children to contribute to the Israeli economy, they will become an unbearable burden on the State.

If they were to meet today, I am confident that The Chazon Ish and David Ben Gurion would see things differently. They would want Charedi men and women to participate fully in the development of the Jewish state,— to contribute their intellectual prowess, their enthusiasm for acts- of -loving kindness, their family values, and their commitment to a confident Jewish identity .

We can’t build a Jewish state without including the Charedi community. So we need to create more schools and frameworks where they can learn how to contribute to Israeli society. Let’s help the members of this community “make Aliyah” – from the Israeli cities of Bnai Brak, Beitar, Elad and Kiryat Sefer, to full participation in Israeli society.